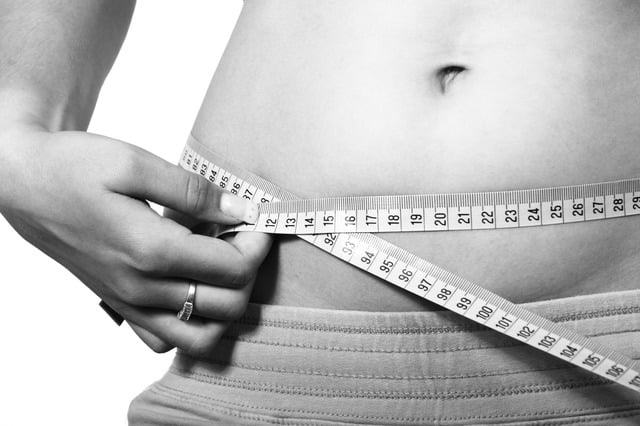 Mike: People are excited about the research showing that brown seaweed contains a certain nutrient named fucoxanthin which burns fat. Now, you talk about something that’s interesting to Western consumers, burning fat is a big concern.

Sergei: That’s the big hype in your world.

Mike: Yes, there’s a lot of interest in it. I’ve covered a lot of dietary products, and the impression that most people get is not true — that they can just continue eating all their unhealthy foods, following an unhealthy lifestyle, and thinking that one certain supplement is going to magically make them look thin or athletic. That’s simply not the case.

Sergei: Especially if they will talk about a particular pigment found in brown seaweed, which I think soon they’re going to sell in an extracted form. It looks like this particular pigment — which was mentioned in these studies — is going to be sold in Costco in a bottle, an inexpensive one, and it will say, “This burns fat. Read the papers.” My take is that I think they approached it from the wrong angle. I think that brown seaweed’s effectiveness in a weight loss situation is all about making your metabolic speed higher through feeding your thyroid with mineral iodine, which the endocrine system benefits from. You will seem to process calories faster and take up energy in a better, faster, more beneficial, and natural way. I’m in total disagreement with the piece that appeared in Time magazine about it. Everybody called here after that went out. I love it, but at the same time I feel shame because soon people will go overboard with this. It will take maybe a few weeks, maybe a few months, but then the magic thing, fucoxanthin, maybe mixed with some drinks, mixed with some vitamins or foods will start appearing in the food supplements section. But it has nothing to do with the true benefit of seaweed which I think is making the endocrine system perform better, and as a result, increasing metabolic speed.

Mike: Well, I agree completely, Sergei, and I think that for anyone to talk about losing weight while they are simultaneously suffering from malnutrition and mineral deficiencies is ridiculous. What people need to do first to lose weight is start nourishing their bodies, not with more calories, but with more real food and high-density food like the whole plant with all of the nutrients in synergy. There is certainly a danger that what may happen with this news is exactly what happened with the hoodia gordonii — it’s being hyped up as a major weight loss aid, but 80 percent of the raw material now being purchased by supplement manufacturers is actually counterfeit. The problem is there’s so much demand for it.

Sergei: The first time I heard the word hoodia, you know what happened? It’s probably going to be a new thing for you, because you don’t know Russian, right?

Sergei: “Hoodoi” means thin in Russian. The first time I heard the product called “hoodia,” it made a certain click in my head. “Hoodoi” means thin; “hoodet,” the verb itself, means to lose weight. So when I heard the word and I started to sense all this very strong marketing effort behind it, it was double trouble in my head — the name itself, and the way they sold it.

Mike: Well, but you know, if this information does catch hold, you could find yourself swept up in a whirlwind, actually, whether you want to be or not, where brown seaweed is actually being discredited because people will try some other counterfeit version of it.

Sergei: No, they simply will just buy brown seaweed, and they’ll go to the Whole Foods — which I love; it’s where I buy my food — they will find out that brown seaweed is a kelp and that kelp is a kombu. They’ll go to the whole foods and buy kombu in a powder, a very thin, very fine looking powder that looks okay to our eye. But ask our colon how it looks and feels to this part of the body. It’s like a piece of shrapnel going down, scratching everything off on its way. So people will simply buy Kombu, they’ll start to eat more of that compared to what they did before if they ate any, and they will develop diarrhea. They will develop constipation. They will have an excessive amount of iodine in their gut, because the sludge in the lower part of the GI tract will never get processed properly because it’s non-soluble fiber. Expect this to be one of the major problems for those who jump on the idea of eating kombu in larger quantities. China put it in print today. Time magazine had it delivered into the mailboxes of millions of people around the world. I see people this weekend reading this material on the Internet or in newspapers or in magazines, then they’ll go to Whole Foods stores and ask if they have brown seaweed. They’ll say, “Yes, of course. There it is.” A few bucks a kilo or whatever, and they’ll start to eat it by the teaspoon or tablespoon, God forbid, and you see what will happen one week after that — a very, very serious problem.

Mike: Just to clarify, too, the difference between that raw product and your product is that the non-extracted product has all of that undigestible cellulose, correct?

Sergei: Yes. Our product is a fully soluble substance. It’s a soluble fiber. It does not produce any sludge; you can’t find any sand in there when you mix it with water.